1977ENG | Eraserhead – “Be warned. The nightmare has not gone away”

To celebrate the 40th birthday of the first full-length film of David Lynch, the Cinematheque of Bologna proposed a restored version by Criterion. A golden opportunity to reach the source of the extraordinary and disturbing path of the Twin Peak’s puppet master.

The scenario of the film revolves around the figure of Harry Spencer, a moody shorthand-writer on holiday who, because of the unexpected pregnancy of his girlfriend, Mary, finds himself obliged to accept a shotgun wedding, and resigning to a new life as a father. The plot, apparently simple and coherent, is dived into an impossible and surreal dimension, that sets the stage to a series of events between the dream state and the grotesque. The audience falls into a rigorously black and white universe and discovers its rules following the steps of Harry (Jack Nance), along with his iconic hair, focused to go through a cold and undefined industrial landscape on the way home.

The atmosphere is dark and unusual, like if something doesn’t add up within the way that the protagonist is lazily doing, looking down, almost lifeless. On the background a layer of a possible reality is emerging, that causes an unexpected uncomfortable feeling, despite the fact that the audience could recognise a sort of world where the industrial progress has changed the man life into something terrible, soaking it with an unhealthy air repressing every emotions he has that is not worthy.

A good part of the film is located in the confined space of Harry’s bedroom, except for the imaginary inserts that move the location in an unknown esoteric area. The atmosphere, squeezed in the thin narrative dimension and made even darker by the constant crying of the couple’s horrific son, creates an urgent angst effect, sharped by the sense of claustrophobia invoked by the poor lightning of the room and the walled up window from three feet away.

The annoying sound, which is present in every scene, acts as an amplification speaker that forces the audience to be in a neurotic tension state. These details make every esoteric and dreamlike gateway stunning, a deep breathe usually combined with the presence of a crooked face of a woman that seems to live in the radiator next to the bridal bed. Like that, a suffocating dynamics that explores the chromatic extremes of black and white is realised, between the obscure oppression of the bedroom and the glowing theatre where the girl with the disfigured face lies, a mysterious figure full of symbolism.

Harry’s distorted mind shapes the fabric of reality opening a series of different possible interpretations. The attitude of the main character can be understood like a consequence of  a life in “another” awful world, where his psyche has been sabotaged and deconstructed by the unbearable exposure to the reality, but there is the possibility that it could be the same Harry, along with a deep neurosis, to twist the established events, which could meet the dynamics of a normal human reality without problems.

Eraserhead could be a tale of the stories of a disturbed boy that sees his ordinary nature threatened by an undesired pregnancy with the most classic American girlfriend. From this perspective, the scandalous nature of the new born baby, a sort of subhuman monster, is nothing  else but a distorted projection of Harry’s mind, which in reality has in front of him a human being that looks exactly like him. The interpretation of every scene is on the line, over the effect of a distorted or distorting perception.

The interpretative approach has to take in consideration the mysterious presence that opens the movie, a solitary man with a horrific look who lives on a far, far away planet, focused to activate these levers that seems to start up the narrative machine. His movements cause the fall of an alien fetus inside a dark swamp, while the face of Harry arises on the screen, shocked because of something that he is clearly unable to see, but maybe can feel (dynamics that recalls the developments of the last episode of the third season of Twin Peaks. Impossible not to connect this sequence to the birth of the horrible son of Harry and Mary, but a series of interpretive steps are precluded to the audience.

The system of the characters who are unrelated to the Eraserhead terrestrial dimension, overheat the following cause and effect, that acquires a rough track, building in this way a surreal consciousness and establishing a thick spider web full of meanings and symbolism. The man who lives on a distant world, the woman with a crooked face, the alien corpuscles who haunt and scare Harry, the ugly alien baby: we are talking about a complex system, that Lynch himself, at first, claims to not have connected to a bigger picture.

Connecting the pieces is a difficult process, almost impossible, but this is not what the audience should seek. The film gets strong and is fed with the fears and obsessions of David Lynch, that are reflected on the universally human ones: the fatherhood nightmare, but also the monsters and phantoms of the modern world (possible alien and divine spirits, nuclear horrors).

The newborn Lynch’s aesthetic, the result of a thick mix made of horror, esoteric and unreal forms, finds his expressive peak during the scene of the dinner at Mary parents house, a time when Harry is called to officially introduce himself. One of the dearest topos for the myth of the American dream, a happy suburban family living in a happy house, is completely being reversed: inside the house every regular gesture takes an anxious direction, starting from the ghostly presence of the granny, who is being moved around like a robot by the mother, already more like a simulacrum than a human being, till the unnatural tone of the dialogues and the irrational movements, imposed by a logic that is missing and hard to explain.

The consequences to this are grotesque and unbelievable: the harassments on insignificant details (what’s Harry’s job, for example) and the intensity of some images (the chicken that shakes his little baked legs and bleeds an oily substance) give life to an expressionist picture with a disturbing power, capable of unleashing a hallucinatory aura.

Eraserhead is a one of a kind cult, loaded with an experimental strength, mindful of the surrealist and avant-guards experiences that threatens to make the narrative line explode, unsteadily balanced between nightmare and reality. A movie that puts the audience perceptions to the test: in the first place it has to be felt, not necessarily understood and brought back to logic. Lynch takes his first steps and leaves traces of some elements that will walk with him through his entire carrier: the suspension between dream and reality mentioned above, the fake distortion of classic formats, an exhausting sense of strain amplified by the soundtrack effect, the faded relationship between the speakable and unspeakable, known and unknown.

The first tools of the cinematographer’s creative imaginary are forged, recognisable under various forms during his further filmography. The elements for Lynch’s cinematic vision are that strong that they have to be expressed even through scenic and symbolic details only apparently minor, like the lobby floor in the building where Harry lives, nearly identical to the one of the waiting room in Twin Peaks and Fire Walk With Me.

His most spiritual movie, claims Lynch; the most extremely avant-guard, uncontrolled and powerful definitely. A nightmare that, still now in 2017, is not over yet. 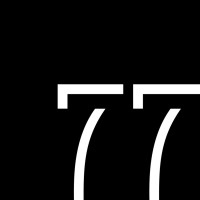 About the Author Collaboratori 1977